Cold War and Architecture.
Contributions to Austria’s Democratization after 1945

After the liberation of Austria in spring 1945 and the occupation by the four victorious powers of Great Britain, France, USA, and the Soviet Union, Vienna became a central stage for the Cold War. The competition of the systems was also carried out in the field of architecture. The Cold War and Architecture exhibition highlights building activity in postwar Austria, as well as its protagonists and debates for the first time in the context of the global East-West conflict.

The exhibition is accompanied by the book in English “Cold War and Architecture. The Competing Forces that Reshaped Austria after 1945”, published by Park Books.

Impressions from the opening at esel.at 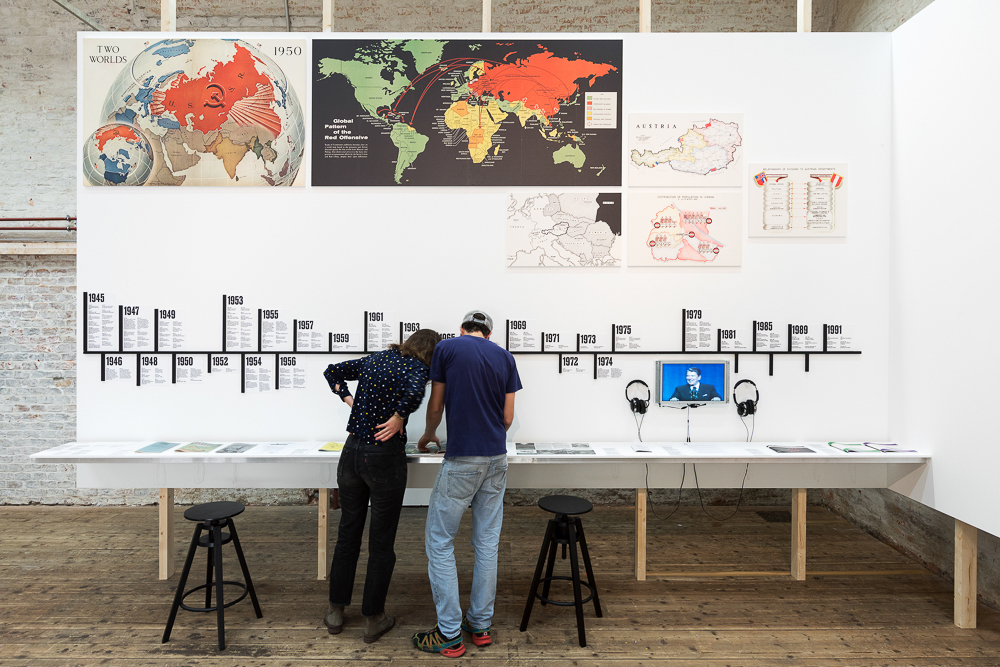