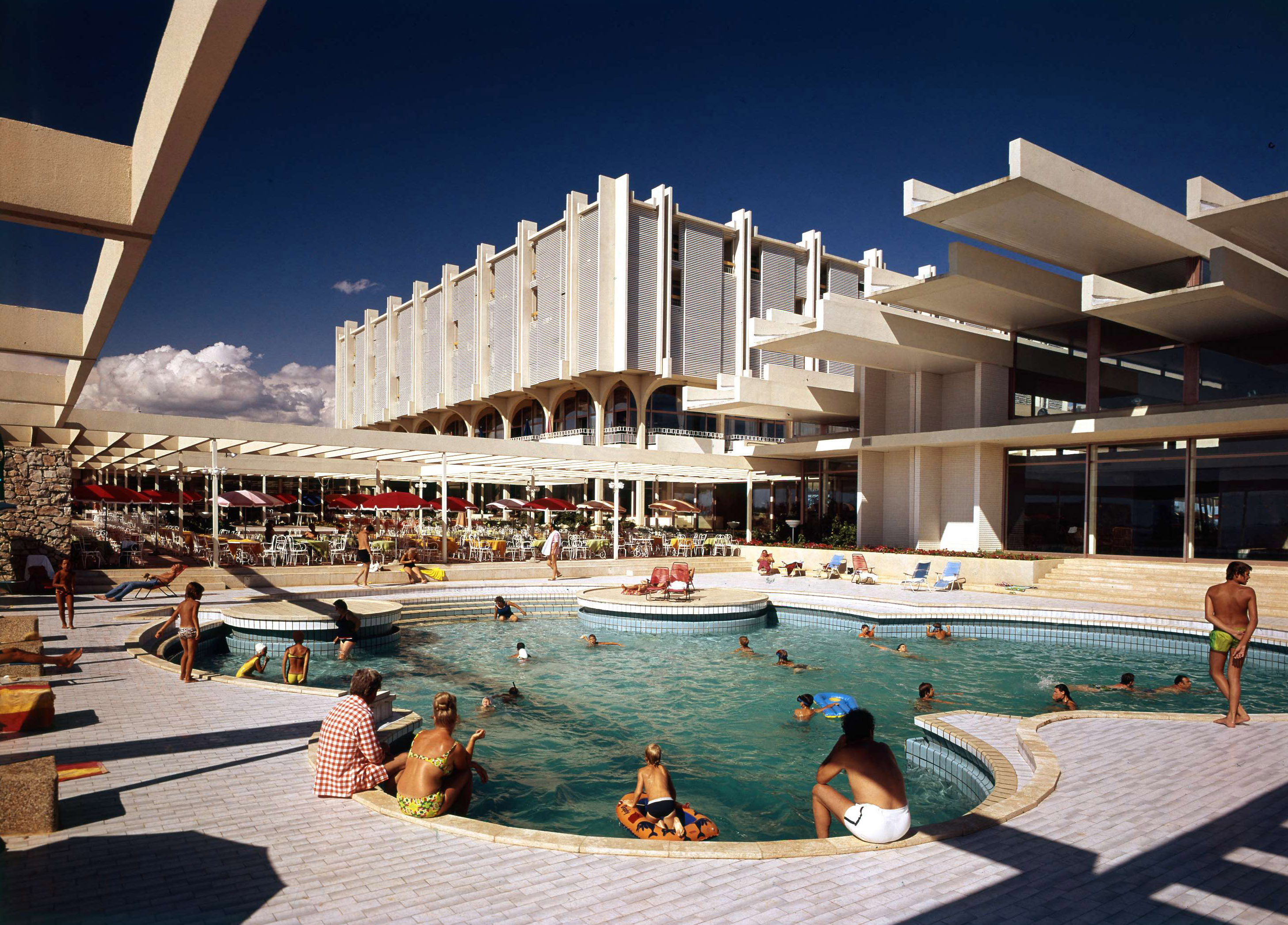 Holidays After The Fall.
Seaside Architecture and Urbanism in Bulgaria and Croatia

The project entitled “Holidays after the Fall” was conceived as a comparative study of two countries with very different interpretations of communist politics, economics and planning culture. It compares the planning history of modernist hotels and resorts built during the socialist period at the Croatian Adriatic and the Bulgarian Black Sea coast. In both destinations, sensational projects have been created that explicitly made use of modern design elements, both with regard to the overarching development planning and landscape design as well as with regard to the architectural typologies of the individual objects.

The period under study ranges from the planning phase to the present, in order to examine the very different physical transformations of these building complexes during and after the fall of communism: from decay to ruin, through gentle, appropriate upgrades, to radical structural transformations in the sense of giant postmodern agglomerations that emerged after the liberalization of the real estate market. However, the studies also include the economic transformations, i.e. the changed business and financing models as well as the change of ownership and management to the new elites of the respective countries and their capital providers.

The research project “Holidays after the Fall” originally started in 2010 at the Graz University of Technology, Faculty of Architecture, where Michael Zinganel had been teaching at the Institute of Building Typology. It was primarily supported by the Cultural Department of the Province of Styria/Austria. Research partners had been Elke Beyer and Anke Hagemann, historians and architects from Berlin, conducting research on the development of the Bulgarian Black Sea Coast, while Michael Zinganel had been collaborating with the investigative journalist Norbert Mappes–Niediek and Zagreb based architecture critic Maroje Mrduljaš.

The exhibition about Croatian case studies originally developed by Michael Zinganel for HDA Graz House of Architecture from October to December 2012, was shown in expanded form at NGBK Neue Gesellschaft für Bildende Kunst in Berlin in August 2013, in a translated version at MMSU Museum of Modern Art Rijeka in March 2015, in a reduced form at the City Museum of Trogir in June 2015, and at AzW Vienna Centre of Architecture in November 2015.

The first guided bus-tour designed by Michael Zinganel for Graz House of Architecture (HDA) in May 2013 was followed by tours for Vienna Centre for Architecture (AzW) in May 2014, for the Association of German Architects (BDA) Cologne in October 2014, and for the Munich University of Technology in May 2016. But I had also offered one-day bustours for Croatian audience for the Museum of Contemporary Art Rijeka and Motel Trogir art project in 2015.

The book Holidays after the Fall. Seaside Architecture and Urbanism in Bulgaria and Croatia, edited by Michael Zinganel with Elke Beyer and Anke Hagemann was published in 2013 at jovis. Details about the book