Tracing for Clues in Hotels and Ruins of Late Modernity 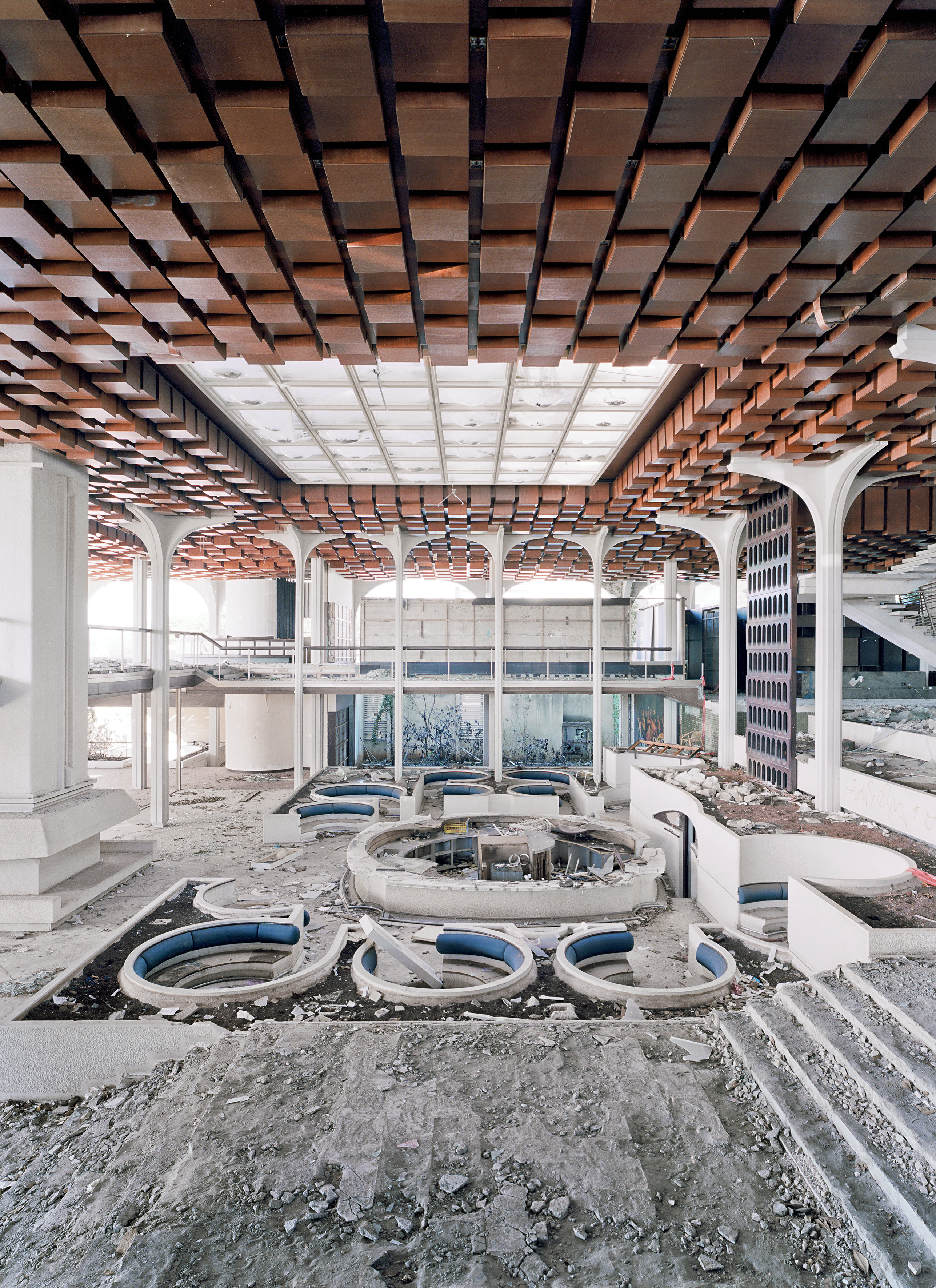 Modern art, interior design and furniture played a crucial role in the development of the new ambitious hotels and resorts built during the 1960s and 70s at the Yugoslavian Adriatic coast. Tourism had been considered as a tool for the modernisation of the Yugoslav society and the hotels had been intended to be also show-cases and stages to display the success of the Third Way to both domestic an foreign guests.

Holidays by Austrian citizens to then socialist Yugoslavia – mostly to the Croatian Adriatic coast – therefore represented not only a trip into a deviant political system but also an aesthetic experience of Modernity, that significantly differed from the rustic Austrian tourism landscape.

What then had been restricted to elitist avant-garde art exhibitions in Austria (e.g. the Trigon series in Graz starting in 1963), was implemented into buildings for mass tourism and consumption also addressing the working and middle class. This is why the current exhibition in Graz is shown in the “showcase” of a commercial gallery in the midst of the City’s public space.

Hotel interiors bygone by innovation, demolition and plunder, will be shown by paper walls based on old photographs, with reproductions of painting and enamels by Edo Murtić, sculptures by Dušan Džamonja, tapestry by Jagoda Buić, designs for interior and furniture by Bernardo Bernardi, Zdravko Bregovac, and Igor Emili. Furthermore presented are original objects recently found in hotels of the 1960s and 70s that would be highly desired collector items in many other nations, sold in vintage-design shops. These historical artefacts will be juxtaposed by a few works of contemporary artists dealing with the legacy of Socialist Modernisation in Tourism in Croatia, e.g. paintings by Moni K. Huber, video- und photo works by Daniele Ansidei, Ryan S. Jeffery, and Slaven Tolj.

About the synthesis of architecture, art, design and lifestyle and the appropriation by locals in tourism projects in non-aligned Yugoslavia

Maroje Mrduljaš, architecture critic and curator from Zagreb, editor of the architecture magazine ORIS, and co-editor and co-curator of e.g. “Unfinished Modernizations – Between Utopia and Pragmatism“ and “Modernism in Between. The Mediatory Architectures of Socialist Yugoslavia“ (jovis 2012)
Nataša Bodrožić/ Saša Šimpraga, cultural workers from Zagreb, initiators and organizers of an activist project for re-evaluating and preserving Yugoslav modernist architectural heritage in Croatia, with the focus on the Adriatic motels by Ivan Vitić. Editors of the book MOTEL TROGIR: It is not Future that Always Comes After (Onomatopee/ Loose Associations, 2016)
Michael Zinganel, cultural historian, curator and co-founder of Tracing Spaces, co-editor of the publication “Holidays after Fall. Seaside Architecture in Bulgaria and Croatia“ (jovis 2013) und curator of the current exhibition