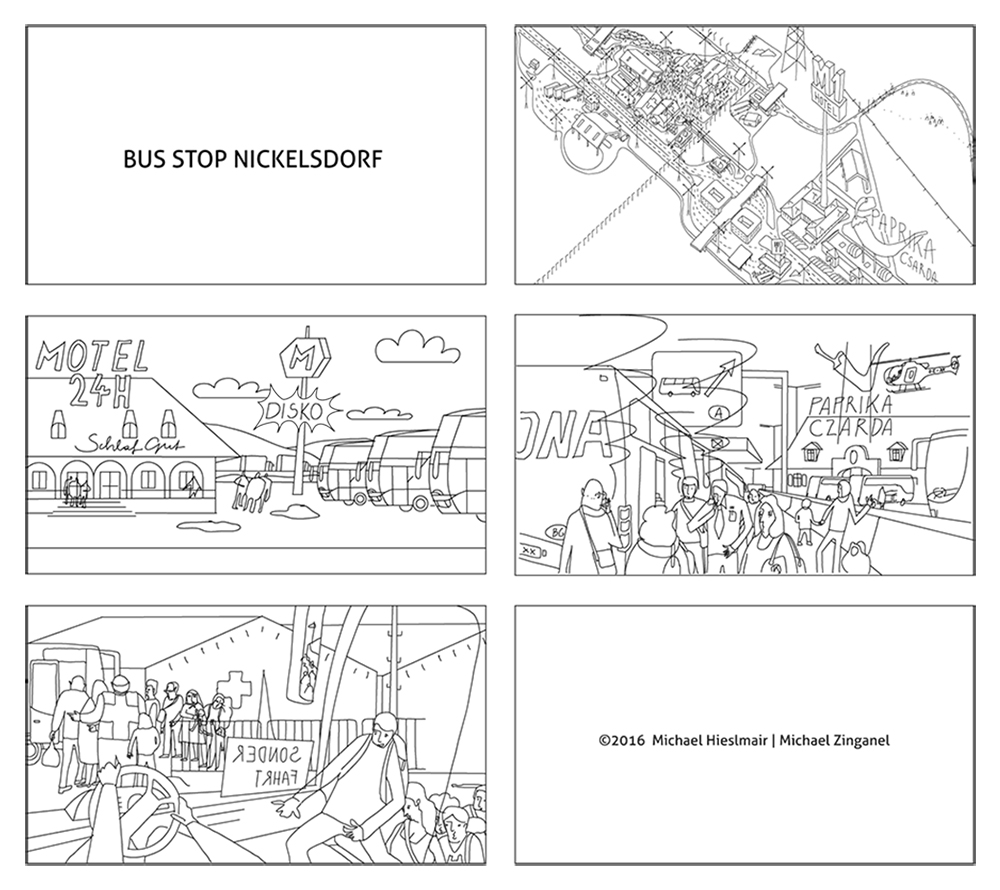 The animated graphic novel serves to characterise the mobilities and processes around the arrival of refugees at a border checkpoint. The municipality of Nickelsdorf (province of „Burgenland“) and the refugee arrivals in fall 2015 serve as field. The events at the Austrian-Hungarian border are shown from the point of view of three bus drivers driving for different companies: the first drove Austrian tourists across the open border station before the event, the second drove Bulgarian labour migrants to Vienna and got stuck in the reactivated border checkpoint, and the last was hired by the emergency aid organiser to drive refugees from the Hungarian-Austrian border to improvised accommodation units in Vienna or directly to the Austrian-German border.

The authors consider borders neither as simple thresholds nor as ramparts, but as socio-political places that de-mobilize or accelerate transit and sustained movement. The refugees’/migrants’ routes in the Balkans coincide with the biographical mobilities of the bus drivers who transport the arriving people, traffickers are in connivance with customs officers, and infrastructures in proximity of borders boost or collapse in accordance with the changing border regimes. Transnational networks continue to operate in spite of routes and borders that are politically declared as being “closed”.

This animation has been realized in the framework of the our research Project STOP AND GO. Nodes of Transformation and Transition. More reflections on „The universal language of mapping as a tool for interaction and relational reflexion“ can be found in our contribution to JAR (Journal of Artistic Research), Issue 14, 2017.